Multipartner’s Official Website, created in cooperation with the digital agency Vergani & Gasco, won the European Oscar at the Lovie Awards in the “Corporate Communication” and “Best Use of Animation and Motion Graphics” categories and it has been the most voted by people, winning two People Lovie’s Awards as well.

A Lovie Awards got in the “Corporate Communication” category, in particular, means a lot for any company; mostly for Multipartner because it wasn’t taken as granted to be able to properly communicate through the website, a digital advanced service such as Virtual Data Room. The objective for Multipartner was telling the story of the company and spreading around its distinctive signs, mixing cultural and innovative elements and using metaphors. The handmade animated illustration of the medieval Tower that symbolizes the security and the protection of the past, has been admirably used by Vergani&Gasco as the perfect metaphor of the highly secure virtual data rooms (vdr) developed by Multipartner. The Tower is dynamic as dynamic is the daily work team at the company, especially for the R&D team, engaged in implementing the VDRs with new performing features built around clients’ needs as well.

On October 10th, 2018 the official announcement of the two People's Lovie Award prizes, as the most loved website voted by people, and two Silver Lovies prizes assigned by the jury, confirming a disruptive and coherent project. The Lovie Awards are the European window of the international Webby Awards. It is the only pan-European award celebrating online excellence in seven native languages. This edition of the Lovie Awards received nearly 1,500 sites from over 30 European countries and over 50,000 votes from the public. The Lovie Awards event, organized by the International Academy of Digital Arts and Sciences (the same as the Webby Awards), is considered the most important European award electing the online excellence in the field of digital design. The winners of the Lovie Awards are selected by the International Academy of Digital Arts and Sciences, a global organization of industry experts and technology innovators. People choose the winners of the People's Lovie Award, voting online their favorite websites among the finalists decreed by the jury of the Academy of Digital Arts and Sciences. The ceremony will be held on the 15th of November in London, at the prestigious British Film Institute. 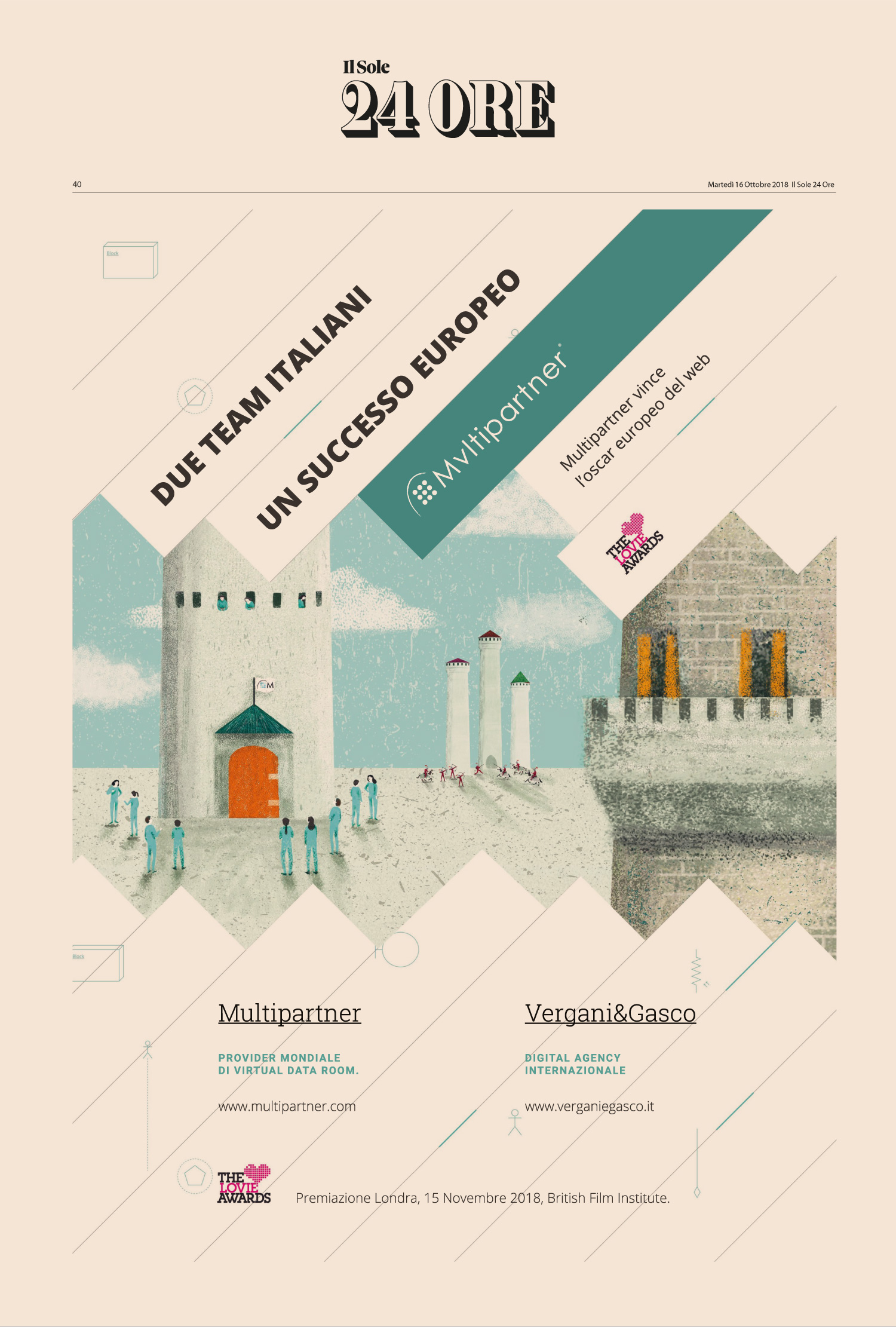